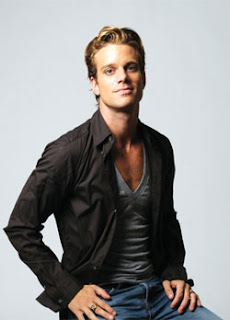 Well, this is disappointing.
Actor-writer and satellite friend Jesse Archer allegedly was brutally manhandled by officers of the MTA Police Department last Friday after he did a cartwheel in the large, empty main room of Grand Central Station on his way home from a party.
Archer first was fined for “disorderly conduct,” but then, as he walked back to his friend – and uttered something to him about the cops (a dumb move, by which I mean Archer should have waited until the officers of the so-called law were well out of earshot and sight) – he was shoved to the ground and, from what I understand, roughed up until he passed out.
He woke up in a jail cell in his underwear – huh?! – and was let go at 3:30 a.m. with two summons for disorderly conduct and a piece of paper saying he needed hospital treatment but refused it. When he was unconscious, I guess.
I have not read any counterpoint to Archer’s account, but the onus is on the MTAPD. Any allegation of violence puts the ball on their court.
New York is supposed to be one of the greatest cities in the world, but too often, much too often do we read about such incidents still happening in the Big Apple. That it supposedly happened at the hand of men in uniform this time, well...it’s made the city a bit less welcoming.
Photo: Towleroad.com.
Posted by Martin Haro at 6:01 PM

That's terrible and an awful shame to see happening in NYC of all places!