The Pull of Fashion 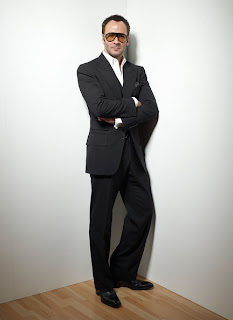 Tom Ford may be enjoying auspicious reviews for his directorial debut, A Single Man (due out in December), but the man has confirmed he’s going back to the fashion world by launching Tom Ford womenswear “very soon.”
Fashionistas everywhere just had a little ’gasm.
People in the know are saying that Ford could be back on the runway as early as next fall, pending adequate financing.
I guess Tom Ford, the designer, is anything but O-V-E-R. (Mmm...he makes crow taste so good.)
Photo: Zimbio.com.
Posted by Martin Haro at 9:00 PM

Email ThisBlogThis!Share to TwitterShare to FacebookShare to Pinterest
Labels: Fashion