It is the end of 2017, but it may as well be not be, for this year – even on the heels of last year – has felt beyond-interminable, this in spite of its many ferocious pulls in pretty much every single f---in’ direction.

That’s part of the reason I took a sabbatical from this non-sense about which, yes, I have been known to be quite serious, to become much more of aware of the world beyond the movies.

To keep tabs on the real world.

To try and keep up not only with the Kardashians, for a change, but with the people who are supposed to be representing and leading this country and, closer to the ground and to home, with my community.

Still had time to watch some films, though. Some movies and some flicks, too.

Most of ’em were good and fun, although a few were fairly awful. Not as terrible as...you know what? He’s not worth it. He is not me, he is not us; he’s got zero to do with this, and he certainly doesn’t deserve any more attention.

Now, without further ado, my picks with a little silliness thrown back in for good measure. 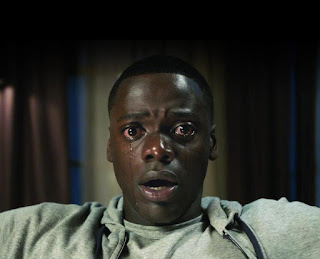 Best Setting: Call Me by Your Name’s Italian countryside

Best Switcheroo: Allison Williams’ in Get Out

Most Welcome to the A-List: Gal Gadot (Wonder Woman)

Most Ready to Channel Ivanka Trump for a Remake of Single White Female That Ought to Be Titled Single White Nationalist: Unforgettable’s Katherine Heigl

Can’t Wait to See More of – Male: Kumail Nanjiani, from The Big Sick

Photos: Universal Pictures (Get Out); ScreenFellows.com (Call Me by Your Name); Warner Bros. (Unforgettable); Variety.com (Stronger).
Posted by Martin Haro at 8:04 PM 2 comments: