The Lady Knows What She Likes 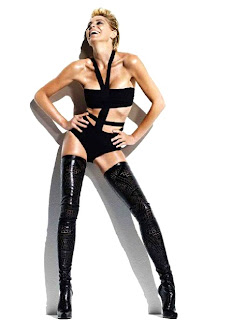 Sharon Stone has signed on to star in the indie drama Satisfaction, playing the role of a wealthy woman who gets involved with a young London gigolo.
The project sounds...in’erestin’.
Carice Van Houten will play a younger woman who forms the third part of the love triangle.
Production on Satisfaction will begin shooting in the U.K. early next year.
Photo: TheLipstickDiaries.com.
Posted by Martin Haro at 9:09 PM

and the photoshop award goes to...