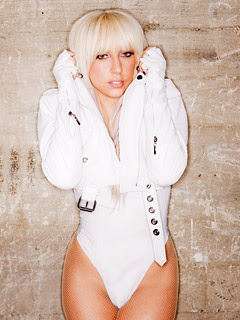 Lady GaGa may have called off her fall tour with Kanye West, but the girl wants to have fun, and darn it, fun she’ll have, even if it’s on her own.

The Pop star will kick off her “Monster Ball Tour” in Canada next month, and wrap it up with a ribbon on it on Jan. 21 in her hometown of New York City.

Kid Cudi will be the supporting act for the entire tour.

And how’s this for exciting news, Miami? Lady GaGa will play in the Magic City on New Year’s Eve at the Knight Center!

“The Haus of Gaga had been designing ‘The Monster Ball’ for premiere in 2010 at the O2 Arena in London, but due to diligent work and preparation, it will begin on Nov. 27 in Montreal. ‘The Monster Ball’ is a multimedia artistic experience in the style of the first-ever ‘pop electro opera.’“

OK then. See you on NYE.

The Knight Center. What a tired icky place to bring in the new year...