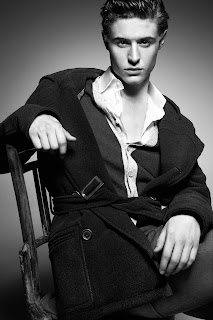 Shiloh Fernandez is going to have some stiff competition in the race for Little Red Riding Hood’s affection in Catherine Hardwicke’s gothic Girl with the Red Riding Hood.
Max Irons – Jeremy’s son – has been cast in the movie as Henry, the refined son of the wealthy blacksmithing family who is engaged to marry Valerie (Amanda Seyfried), who is also known, I presume, as Red.
Hardwicke cautions, though, that “Max’s character [i]s not what you think he is. He’s one of the surprises in the movie.”
In the director’s wish list to complete the cast are Julie Christie, for the role of Valerie’s grandmother, and Gary Oldman as the wolf hunter.
Photo: JeremyIrons.org.
Posted by Martin Haro at 9:04 AM