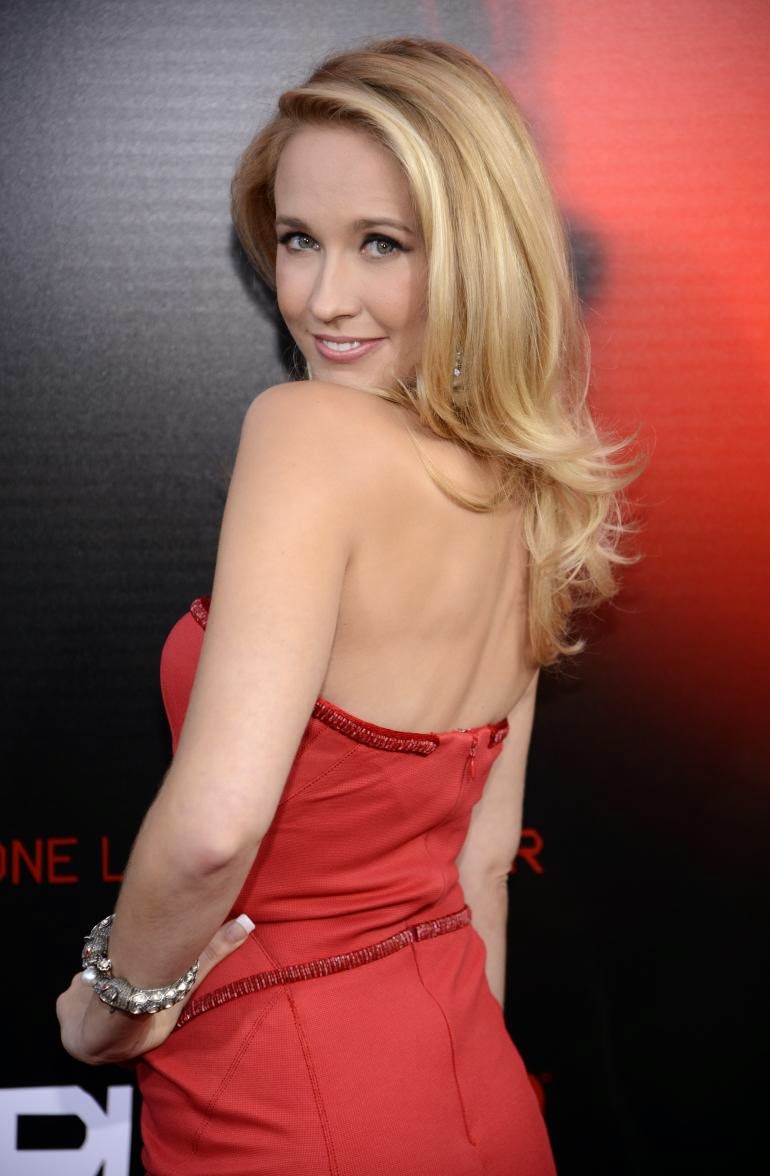 Phew! I was wondering if something was up.

Word is Anna Camp (HBO’s True Blood) will be in the sequel to Pitch Perfect, after all. If, like yours truly, you’d been keeping tabs on the Elizabeth Banks-directed sequel and had noticed that Camp had been noticeably MIA from every picture we’d been able to see so far, that’s because her deal to sign again just got aca-signed .

Which means that even though her character was a senior in the original movie, there will be a reason for her to be there as the rest of her Barden Bellas (Anna Kendrick and Rebel Wilson & Co.) graduate themselves.
Aca-yes!