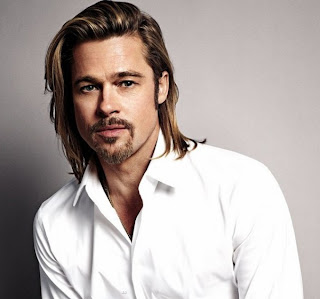 Toldja Brad Pitt would give away some of his Chanel No. 5 money to charity.

The actor has donated $100,000 to the Human Right Campaign to support that organization’s work on behalf of marriage equality.

Given that the election is less than a week away (Nov. 6, don’t forget to vote!), and gay rights are once again a hot-button issue nationwide, and in particular in states like Maine, Maryland, Minnesota, and Washington, Pitt also has pledged to match donations from HRC supporters up to $100,000.

This isn’t the first time Pitt has stepped up to the gay plate: In 2008, he donated a similar amount to try and stop California’s Prop 8.

Oh, Brad Pitt, you friend of friends – I heart ya.

Photo: Celebs.com.
Posted by Martin Haro at 1:56 PM No comments: 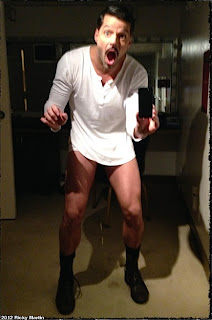 That Ricky Martin is such a giver.

The star of Broadway’s Evita is auctioning off his trousers to benefit Broadway Cares/Equity Fights AIDS, a nonprofit that has been active for more than two decades in raising funds to help AIDS-related causes.

Auction off the entire outfit, man!

Photo: Towleroad.com.
Posted by Martin Haro at 7:56 AM No comments:

May the Mouse Be with...Us All 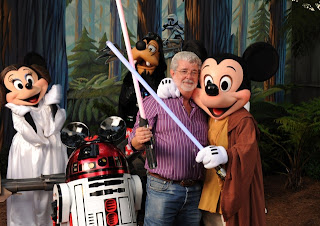 Fans are going to be...som’in’: George Lucas has pulled the ultimate sell-out.

Yup, Lucas has sold Lucasfilm Ltd. for a whoppin’ $4 billion to Disney.

Further, Disney has announced plans to continue the Star Wars franchise with a new film in 2015. That’d be Episode VII, y’all.

“I’ve always believed that Star Wars could live beyond me, and I thought it was important to set up the transition during me lifetime.” Lucas said. “I’m confident that with Lucasfilm under [new] leadership, and having a new home within the Disney organization, Star Wars will certainly live on and flourish for many generations to come.”

Episodes VIII and IX are also in the plans.

Photo: WDWNews.com.
Posted by Martin Haro at 12:56 AM No comments: 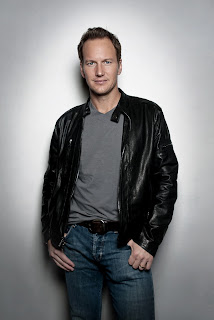 Evidently, Patrick Wilson and Matt Bomer have been spending a lot of time together lately.

The pair has already wrapped production on Space Station 76, an indie dramedy set in a space station that feels like the future as seen from a 1970s POV.

Wilson plays the station’s unstable captain, while Liv Tyler is his goes-against-the-grain second-in-command.

Jerry O’Connell rounds up the cast of Jack Plotnick’s directing debut (Plotnick is a beloved Buffy the Vampire Slayer alumnus, so this one has all the makings of a cult fave). 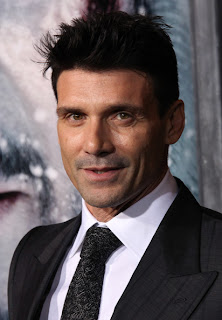 The TV and film player is set to get his bad on as Crossbones in the forthcoming Captain America: The Winter Soldier.

In the Marvelverse, Crossbones was a henchman for Red Skull (the villain in the original blockbuster starring Chris Evans). His presence in the sequel is making people excited because it seems to indicate that the powers that be may be playing with the idea of incorporating elements from the – Spoiler Alert! – Fallen Son: The Death of Captain American limited series comic book.

Photo: Zimbio.com.
Posted by Martin Haro at 10:54 AM No comments:

Anderson Gets the Shaft 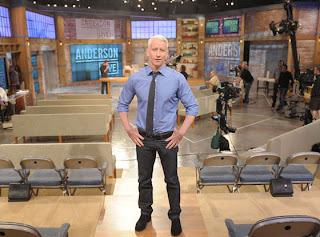 Well – it is done with him, actually.

After two seasons of trying, trying and not really succeeding (he went live, people!), it was announced today that the silver fox’s Anderson Live will not be pursuing a third season next year.

“I am very proud of the work that our terrific staff has put into launching and sustaining our show for two seasons.” Cooper said. “I look forward to doing more great shows this season, and though I’m sorry we won’t be continuing, I have truly enjoyed it.”

Worry not, though, Coop fans – the guy will stay putt at CNN.

Bradley Cooper Wants to Have a Tiki 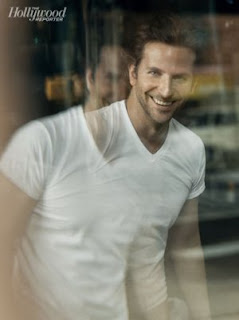 Cameron Crowe has found Emma Stone her next leading man.

The director has tapped Bradley Cooper – why not Ryan Gosling as I had suggested? – as the male lead of this forthcoming love story, Deep Tiki, a project that reportedly also includes Hawaiian mythical folklore and a war element

And it is quite exciting to see Cooper working with directors that will continue to make me gasp when I think he once played like, second banana on TV’s Alias – not that there’s any shame in that (I hearted that show).

Just wait until you see him in next month’s Silver Linings Playbook.

Photo: HollywoodReporter.com.
Posted by Martin Haro at 10:18 AM No comments: 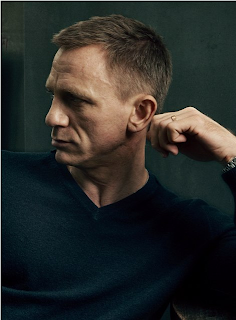 George Clooney and Daniel Craig in one movie together?

The current Bond is set to co-star with the onetime Batman in the latter’s latest screenwriting-and-directing effort, The Monuments Men.

Cate Blanchett also has joined the project set during the final chapter of Hitler’s rule of Germany. The story will revolve around a group of historians and museum curators that assembles to recover renown works of art before the Nazis can destroy them.

Photo: TheDanielCraigFixation.tumblr.com.
Posted by Martin Haro at 10:04 AM No comments: 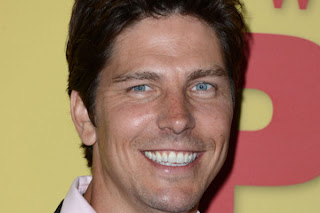 That hottie from Battlestar Galactica, Michael Trucco, is out to get some Revenge.

Yep, Trucco is headed back to ABC (for whom he appeared on the short-lived V) after he wraps up his romancing-of-Cobie Smulders arc on How I Met Your Mother over on CBS.

The actor has booked a recurring role as the street-smart brother of another character that’s already in the Hamptons, wreaking havoc on the life of Nick Wechsler’s Jack.

Mmm...I wonder if he will tangle with Emily VanCamp’s ferocious Emily Thorne....

Photo: Zimbio.com.
Posted by Martin Haro at 4:11 PM No comments: 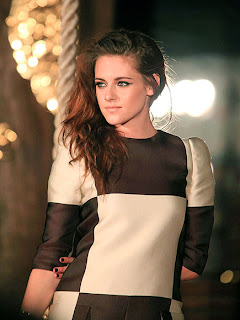 I gotta say that cheating scandal sure did something for Kristen Stewart.

There’s something fiercer about the actress now, IMHO.

Check out how K. Stew worked it for photogs in Tokyo as she promoted The Twilight Saga: Breaking Dawn Part 2 today.

Update: Btw, Stewart wore a Louis Vuitton jumpsuit for this outing.
Posted by Martin Haro at 9:21 AM No comments:

Email ThisBlogThis!Share to TwitterShare to FacebookShare to Pinterest
Labels: Fashion 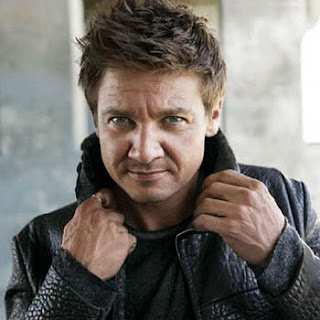 Jeremy Renner is following up the so-so performance of The Bourne Legacy with a little Pacino.

The actor is attached to star as Al Pacino’s son in Imagine, the story of an aging rock star who tries to right the wrongs of his life of excess after finding a letter that John Lennon sent him when he was 19.

My guess is the guy never read the letter...and that he is rather estranged from his son.

Julianne Moore is being courted for the part of a small hotel manager Pacino’s character befriends as he journeys onto this new chapter of his life.

Photo: Technorati.com.
Posted by Martin Haro at 9:00 AM No comments: 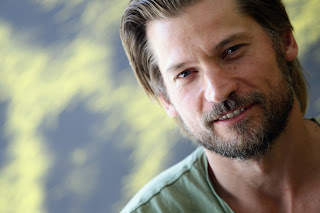 The Danish are so It right now.

Nikolaj Coster-Waldau, one of their most high-profile emissaries in Hollywood, is getting his indie on, y’ know...to balance out all the attention he’s been getting on HBO’s Games of Thrones.

The actor will co-star opposite Juliette Binoche in A Thousand Times Good Night, the story of a war photographer who must learn to navigate the tension between her family and her career.

That’s quite a pretty pairing, huh.

Photo: NerdBastards.com.
Posted by Martin Haro at 8:39 AM No comments:

The Rom-com King Is Back 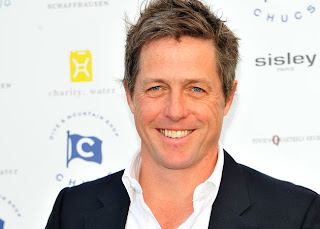 I knew Hugh Grant wouldn’t stay away from long.

He has to pay for all those legal fees he’s accumulating going after the British tabs, after all.

Anyway, the Cloud Atlas star is poised to make his triumphant return to the world of romantic comedies with an untitled project about a washed-up screenwriter who takes a teaching job at a small liberal arts college....

Where he will meet a feminist professor played by Sandra Bullock, perhaps?
One can only hope since Grant’s Two Weeks Notice director Marc Lawrence is helming from his own script.
Photoo: Filmofilia.com.
Posted by Martin Haro at 5:00 AM No comments:

Give Her Something to Sing About 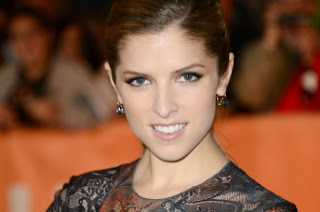 Pitch Perfect has made a little singer out of Anna Kendrick.
The actress is set to headline Richard LaGravenese’s The Last 5 Years, the adaptation of a popular off-Broadway musical about the relationship between a starlet and a promising author.

An actor for the part of her paramour has yet to be cast.

I’m so happy that Kendrick has found her footing in Hollywood. It couldn’t have been easier playing fifth banana to Kristen Stewart on The Twilight Saga, but sometimes talent jut can’t and won’t be denied.
Photo: MetroNews.ca.
Posted by Martin Haro at 3:20 PM No comments: 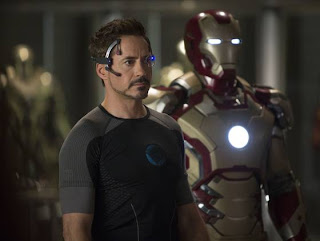 Looks like a change of director in the ’verse of Iron Man – Jon Favreau is out, Shane Black is in – has translated into a change of tone for the franchise.

’Cause things look like they’re getting real for Robert Downey Jr.’s Tony Stark in next April’s Iron Man 3.

His demons are more tangible (courtesy of the events of The Avengers), the stakes are higher (seems like Ben Kingsley’s bad guy is literally hitting home), and his one true love Pepper Potts (my girl Gwyneth Paltrow) is totally in a dicey situation unlike any she’s found herself in before.
Check. Out. The trailer, people. And let’s hope the guy “can protect the one thing I can’t live without.”
Photo: USAToday.com.
Posted by Martin Haro at 7:07 AM No comments: 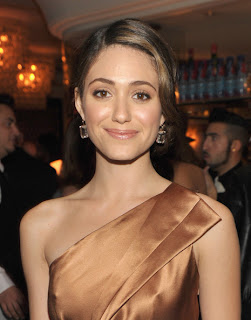 Next time we see Emmy Rossum on the big screen, she won’t be singing...she will be nursing Hilary Swank.

The Shameless star is negotiating a part in You’re Not You, the story of a terminally ill woman and the self-absorbed twentysomething who becomes her caretaker.

Bring on the drama.

Photo: Zimbio.com.
Posted by Martin Haro at 6:24 AM No comments:

The Js Get Married 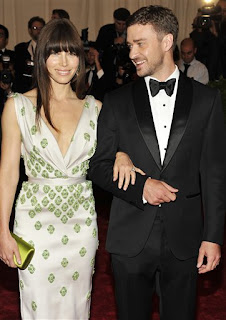 Justin Timberlake and Jessica Biel are off the market.
The longtime lovers got married in Italy last night.

No details are available about the ceremony or the dress as of now, but I bet People or Us will have all the scoop next week.

Evidently, JT dedicated an unreleased love song to his bride at their bash.
Update 2: What did I tell ya: Click here for a People-exclusive look at Jess’ Giambattista Valli Haute Couture dress and for more details about that song her groom played for her.
Posted by Martin Haro at 2:33 PM No comments: