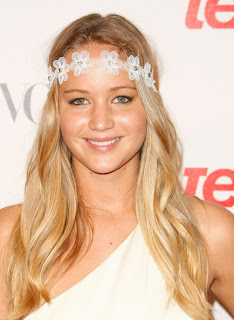 
The actress has landed the coveted role of Katniss Everdeen after an exhaustive search during which many a name was mentioned as a possibility.


I can see why Lawrence was chosen: she obviously has the chops – she was nominated for an Oscar this year for her turn in Winter’s Bone – and she projects a physical strength that I can only imagine helped set her apart from all the other young ladies who wanted the part (Katniss is girl who joins a survival contest in order to save her dystopian-future community).


Lawrence was recently seen in the Sundance hit Like Crazy, and will soon be seen in X-Men: First Class and The Beaver.


The Hunger Games, which may co-star Hunter Parrish as the franchise’s male lead, Peeta Mellark, is due out on March 23, 2012.

Update: Check out why director Gary Ross is calling going with Jennifer Lawrence as Katniss, “the easiest casting decision of my life.”
Posted by Martin Haro at 4:22 AM