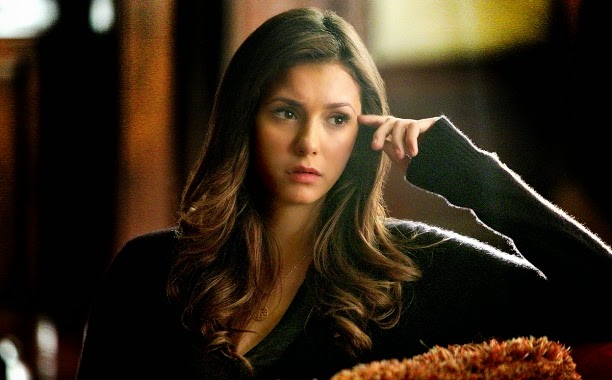 What is going on over there in Mystic Falls?!

Nina Dobrev is leaving The CW’s The Vampire Diaries once the ongoing sixth season is over and done with next month.

The actress confirmed her exit via Instagram after posting several pics of her having herself a good time with members of the cast and crew over the weekend, noting that it all “wasn’t just a holiday celebration, it was a goodbye party.”

Dobrev also revealed that she always wanted her character Elena’s story to be a six-season thing, so I guess time’s up, huh.

Meanwhile, Julie Plec, the show’s executive producer, put out a statement addressing her star’s departure from the hit show that read in part, “Saying goodbye to Nina is both bittersweet and beautiful. [She] is excited to spread her wings, get some rest, travel the world and also take it by storm, and we support her a thousand-fold. We will miss [her], but we look forward to continuing to tell the stories of our Salvatores [played by Paul Wesley and Dobrev’s ex, Ian Somerhalder] and our ensemble.”

Michael Trevino, a.k.a. werewolf Tyler, also will be cutting ties with The Vampire Diaries later this season, although Plec looks forward to finding a creative way for the character to remain a part of the show.