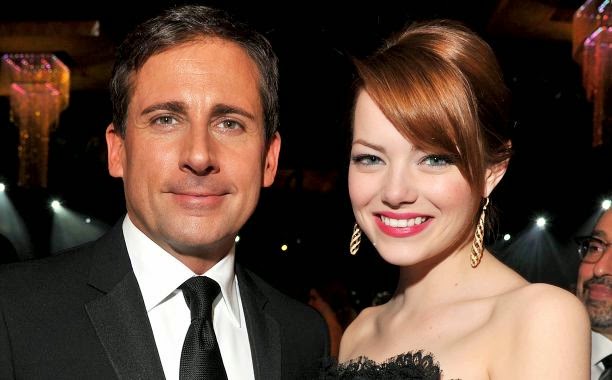 That Crazy, Stupid, Love father-daugher duo of Steve Carell and Emma Stone is reuniting for a veritable Battle of the Sexes.
Yes, the Foxcatcher and Birdman Oscar nominee are teaming up like Paul Giamatti and Elizabeth Banks and getting ready to play tennis aces Bobby Riggs and Billie Jean King in a film about that 1973 tennis match. (The Giamatti-Banks project is for HBO, though.)

Little Miss Sunshine directors Jonathan Dayton and Valerie Faris are already on board to helm, working from a script by Slumdog Millionaire writer Simon Beaufoy, and on target for a 2016 release.