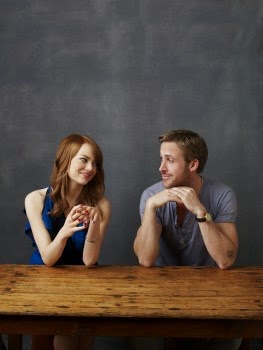 Those Crazy, Stupid, Lovers, Ryan Gosling and Emma Stone, are getting back together.

Sure, they both had plum parts in 2013’s Gangster Squad, but it’s not like that movie was about the two of them ensemble just à deux.

Now, thought, the two impossibly It stars are fixin’ to reunite in director Damien Chazelle’s follow-up to Whiplash, La La Land, a contemporary romantic musical. Whiplash’s own Miles Teller was, evidently, meant to headline the project, but, for whatever reason, he has moved onto something else.

RyGos would play a jazz pianist who falls in love with an aspiring actress, which – duh – is the role that Stone would take, btw, instead of another Emma (Watson), who also has set her sights on a different endeavor (the live-action Beauty and the Beast).

Fingers crossed Gosling and Stone do it again. I like it when they do it.

Act off each other, that is. Don’t be gross.

Update: Almost forgot. Ryan Gosling is totally going to star in the sequel to Blade Runner opposite Harrison Ford.
Posted by Martin Haro at 2:58 PM