The A-Team Is Back! 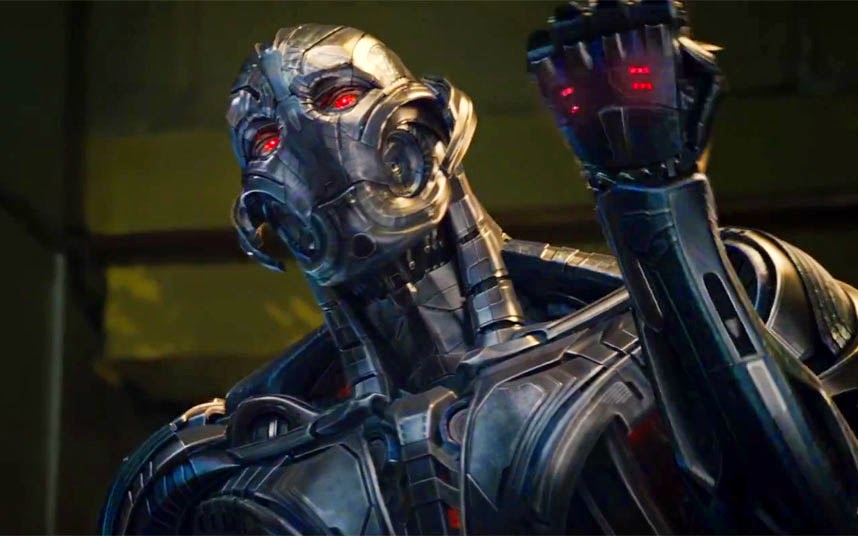 That’s exactly what I wanted to say all over again after catching the must-see sequel Avengers: Age of Ultron.

Instead I find myself thinking, OMJoss – is that it?

Not that Joss Whedon hasn’t delivered one more time for Marvel; he more than has. For weeks, though, I have been reading how the making of this blockbuster took a toll on the writer-director, and I am bummed to say it kinda shows.

Avengers: Age of Ultron starts out strong, thanks in no small measure to Whedon’s decision to turn the movie’s prologue into a quipfest befitting his legendary trademark. Despite the action the returning Avengers are seeing, Robert Downey Jr.’s Iron Man, Chris Hemsworth's Thor, and Chris Evans’s Captain America trade all these barbs like the best of ’em. And just as rapid-firely as they out-sass one other, they and the rest of team decommission the villainous experimenter Baron von Strucker from Hydra (mentioned, yet never seen on TV’s Marvel’s Agents of S.H.I.E.L.D. and played by Thomas Kretschmann), and discover that Loki’s sceptre has been used to enhance, to transform Wanda and Pietro Maximoff into the Scarlet Witch and Quicksilver. In case you are wondering, the Maximoffs are twins from Sokovia. They are portrayed by franchise newcomers Elizabeth Olsen and Aaron Taylor-Johnson, and they have a bone to pick with Iron Man’s alter ego, Tony Stark.

That alone would be enough conflict for one movie, but, clearly, the powers that be instructed Whedon with making something markedly bigger and like, wow-er than his 2012 worldwide hit introduction into this world, which is why Loki’s sceptre comes into crucial play (further connectivity among movies is achieved by fun cameos from...characters you know well). And why Tony and Mark Ruffalo’s Dr. Buce Banner decide to use the intergalactic gizmo to really give the Ultron peacekeeping program they’ve been tinkering with sans success the jolt they think it needs.

Alas, their own experiment goes awry, and the software becomes sentient. By the time it’s turned into some hard hardware, Ultron (enlivened to the best of his ability by James Spader, in a motion-capture performance) has decided that the only way to ensure peace on Earth is by eliminating its biggest threat: humans.

Enter the Avengers. They suit up, only to realize that Ultron is quite the formidable foe, one capable of turning their toolkit against them. Making the sitch even more dire, Scarlet Witch and Quicksilver are squarely in his camp (from which she manages to mess with their minds som’in’ fierce – she “weird” like that; he is super-fast), and the volatile young robot has begun working on a better vision of himself by utilizing the Mind Stone within the sceptre (now, now...you didn’t think Avengers: Age of Ultron was gonna miss its chance to also contribute to Thanos’ franchise-spawning arc, did ya).

Look, I am down with this movie. I’m in. I am getting exactly what I signed up for when we/I embarked on this Marvelous ride. Yes, the effects-driven s----blowing thing’s becoming old hat, but it is the humor, the humanity of the stories Marvel is telling (Whedon’s expanded on the rapport between Ruffalo’s Banner, his Hulkian alter ego, and Scarlett Johansson’s valuable Black Widow; and given Jeremy Renner’s Hawkeye a surprising, grounding tether to humanity) that truly keeps us coming back for more. It is not just the deft-handed, if obvious setting up of further cinematic follow-ups (there’s a Civil War coming next spring, and something about this one told me that Thor is going to have a trying threequel down the line). It’s the increasingly legit raising of the stakes – when someone dies in this part deux, they stay dead – that’s starting to reveal Marvel’s incredible master plan and making it matter.

It is an obviou$ly rewarding job, making a movie like this, but it can be thankless one at the end of the day. Tiresome, too, and a tad tiring. Entertaining nevertheless.

Whedon should walk away – fingers crossed, only temporarily – from this world knowing that his efforts to keep it real have not gone unappreciated. They have made a palpable difference, and he has entertained us. Sure – he had to overstuff our plate, but it was mostly yummy stuff, in spite of what he did not end up serving.

At least until the next adventure. And until the final war, the Infinity War, truly begins.