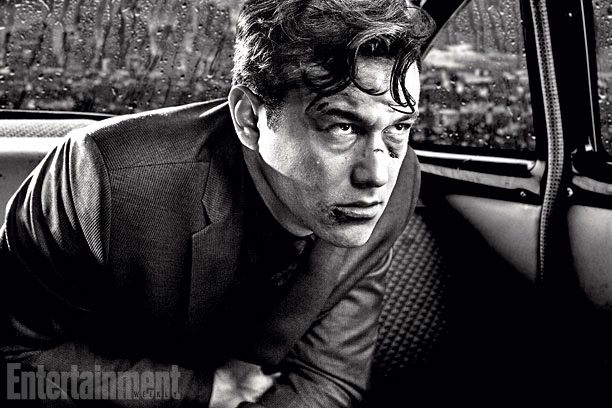 In case you weren’t appropriately excited about the upcoming Sin City sequel, Sin City: A Dame to Kill For, here’s a first look at Joseph Gordon-Levitt as Johnny, a new character that will be introduced in the late-summer follow-up.

Frank Miller – who shared directing duties on the long-in-the-works project once again with Robert Rodriguez – needed/wanted a new character that would play a significant part in the stylish noir’s intersecting stories.

So…he dreamt one up for Gordon-Levitt to play. Well, for Johnny Depp to play, but he was not interested, and thats neither here nor there.

Anyway, Johnny’s “beat[ing] the wrong guy at poker” reportedly sets the sequel into motion, and as you can appreciated, Gordon-Levitt seems to have brought it.