The Games Find Their Guys 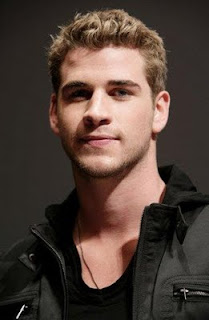 Josh Hutcherson and that yummy Liam Hemsworth (pictured here) will be playing The Hunger Games with Jennifer Lawrence.
Sorry, Hunter Parrish.
Hutcherson (The Kids are All Right), who lobbied hard for his role, and Hemsworth (The Last Song) will play Peeta Mellark and Gale Hawthorne, respectively.
Peeta is the character that accompanies heroine Katniss Everdeen into the 74th annual Hunger Games as the male tribute chosen from their native District 12, the most remote and marginalized district of all the subjugated districts of Panem. He is love with Katniss and says as much outside the games, which complicated everything with his supposed arena rival.
Katniss and Gale, on the other hand have never had a romantic relationship, but they do share a transcendent bond, often of few words. When Katniss volunteers to participate in the games in her younger sister’s stead, they both presume that bond will carry her far through the horrors she will face in the arena, and they each silently hope they’ll be reunited in safety on the other side of the ordeal.
Somehow I think, never having ready the Suzanne Collins’ books upon this new franchise is based, that Hemsworth should play Peeta…but maybe Gale is the one for Katniss?
Who knows…. I’m just curious now, so I’ll wait until The Hunger Games opens next March to find out what happens.
Photo: Movies.Kngine.com.
Posted by Martin Haro at 4:18 PM