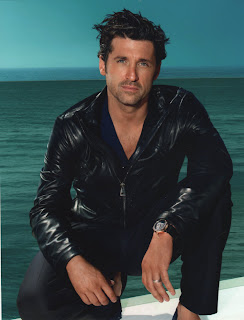 Patrick Dempsey wants to be a superhero.
The Grey’s Anatomy star is very interested in playing Dr. Strange, a Marvel Comics character reportedly set to make the leap from the comic-book page to the big screen.
“I’ve been lobbying for that,” Dempsey said. “There’s a whole bunch of people [among his Grey’s Anatomy crew] who are into comics and Marvel, too, on the set, and they’re like, ‘Doctor Strange, that’s the one you should do.’ It would be fantastic. It’d be a great TV show, especially for HBO or something like that.”
Well, the project has greater designs.
Disney, Marvel’s parent company (and also that of ABC, a.k.a. Dempsey’s current employer), already has writers working on a Dr. Strange movie, and rumor has it the company is quite keen on him playing the role, anyway, so all this peacocking may very well moot.
Up next for Dempsey is the Transformers threequel.
Photo: FanPop.com.
Posted by Martin Haro at 11:33 AM