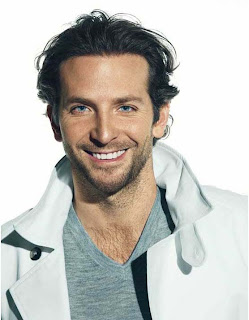 A new Crow is set to take flight, and Bradley Cooper just may star in the remake.
The Limitless star is thisclose to nabbing the part originated by the late Brandon Lee (which at one point was to go to Mark Wahlberg), and would be playing the murdered man who comes back as an avenging angel.
Spanish helmer Juan Carlos Fresnadillo (28 Weeks Later) signed on to direct the project last week.
Production is expected to start production this fall.
Photo: SocialiteLife.com.
Posted by Martin Haro at 7:16 AM