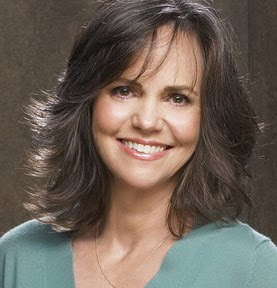 “I’m excited to be working with Sally for the first time,” he. “I’ve admired her films, and she has always been my first choice to portray all the fragility and complexity that was Mary Todd Lincoln.”
For her part, the Brothers & Sisters star could not be more exciting about the job as well.

“To have the opportunity to work with Steven Spielberg and Daniel Day-Lewis and to play one of the most complicated and colorful women in American history is simply as good as it gets,” she said.
Lincoln is set to go into production this fall for a release late next year.
Photo: HollywoodGo.com.
Posted by Martin Haro at 11:37 AM