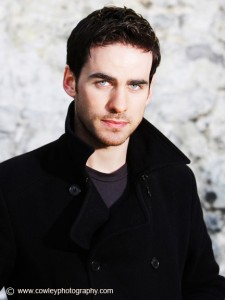 We knew he was coming, and now TV’s Once Upon a Time has found its Captain Hook.

And, darn, he gon’ be quite the dreamy villain.
The powers that be have cast raven-haired, blue-eyed Irish actor Colin O’Donoghuey (The Rite) in the pivotal second-season part.
The character will require the O’Donoghuey convey handsomeness, confidence, fearsomeness, gentlemanly style, and ruthlessness.
At first glance, I think this is gonna be a cinch for the guy.... He’s like, the second coming of Matt Bomer, IMHO.
Photo: BraveNewHollywood.com.
Posted by Martin Haro at 1:06 PM