The Girl Will Go There 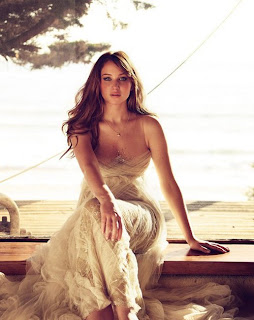 Never let it be said that Jennifer Lawrence doesn’t have a gutsy bone in her body when it comes to picking out her roles.

The Hunger Games star is attached to Ends of the Earth, the biopic of a woman named Lydie Marland. Lydie, you see, had parents, but they gave her up for adoption to her wealthy aunt and uncle.

He, in turn, had the adoption annulled so he could marry Lydie after he left his wife.

Photo: MagXone.com.
Posted by Martin Haro at 5:50 AM