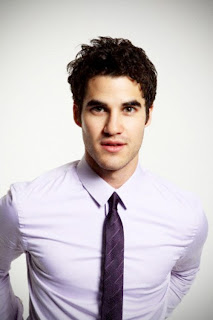 Darren Criss is on a roll.

The Glee MVP’s set to replace Daniel Radcliffe on Broadway’s How to Succeed in Business Without Really Trying this winter, and he’ll be romancing Kristen Wiig in Imogen, her follow-up to Bridesmaids.

The new dark comedy will see Wiig as a semi-successful playwright her fakes a suicide attempt to get the attention of an ex. When the plan goes wrong, she ends up living back in Jersey, in the home of her druggy-mother (to be played by Annette Bening).

Criss will play a younger fellow Wiig encounters back in the Garden State.

Photo: Idolator.com.
Posted by Martin Haro at 9:00 AM