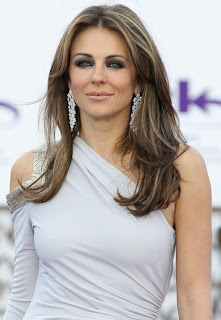 Just because the Wonder Woman reboot was DBA doesn’t mean Elizabeth Hurley (she was supposed to play a villain in the ill-fated NBC pilot) won’t be on your TV screen this fall.

The model-turned-actress is headed to the Upper East Side of The CW’s Gossip Girl for a multi-episode arc.

Hurley will play a sexy – duh! – and smart and super-achieving media mogul who changes everything for everyone on the show, including, and especially, Gossip Girl herself.

Photo: FashionFame.com.
Posted by Martin Haro at 7:07 AM