Thinking Beyond the Club 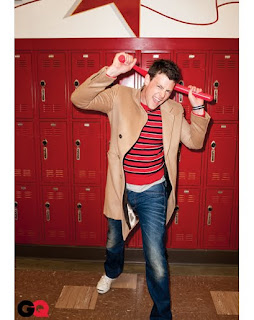 Cory Monteith is getting ready to graduate.
While the Glee star a.k.a. Finn may be signed on to the show that made him a star for a while, he is, smartly, laying the foundation for what’s next.
The actor – who will be seen opposite Leighton Meester, Katie Cassidy, and Selena Gomez in Monte Carlo next year – has signed on to star and produce an untitled “workplace comedy” that should help him further prove his mettle.
Good luck, guy.
Photo: FanPop.com.
Posted by Martin Haro at 3:47 AM