And When the Ball Drops She Will Be There, Too 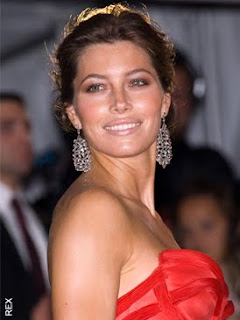 Valentine’s Day’s alumna Jessica Biel is looking forward to New Year’s Eve.
The actress has signed on to co-star in Garry Marshall’s next themed, New York City-set rom-com that, to be clear, is not a sequel to last February’s hit.
So Biel will not be reprising her role from Valentine’s Day, and neither will Ashton Kutcher, who also has RSVPd to the biggest party of the year.
She joins as cast that already includes Robert De Niro, Jake Gyllenhaal, Glee’s Lea Michele, Michelle Pfeifer, and Hilary Swank.
Btw, Modern Family MVP Sofia Vergara is also in talks to join the cast.
Production on New Year’s Eve is set to get started later this month.
Photo: ElleUK.com.
Posted by Martin Haro at 5:31 AM