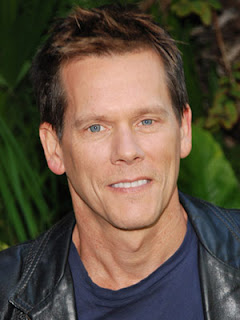 The cast of Matthew Vaughn’s X-Men: First Class is getting connected to just about everyone else in Hollywood now that Kevin Bacon has joined them.
The actor will play a villain, sparring against protagonists Charles Xavier, played by James McAvoy, and Michael Fassbender’s Magneto. No word on just who Bacon’s character is specifically, or how he’ll figure into the Xverse yet, though.
On a related note, buzzy up-and-comer Jennifer Lawrence (Winter’s Bone) will play Mystique.
Production on the blockbuster is set to begin in London this summer.
Photo: JollyPeople.com.
Posted by Martin Haro at 7:30 AM