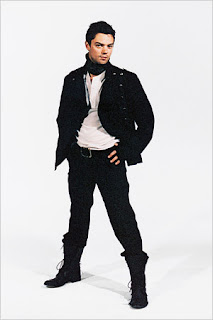 The actor will play Howard Stark, a.k.a. the father of Tony Stark, a.k.a. Iron Man. Mad Men’s John Slattery played an older version of the character in last spring’s Iron Man 2.

Now, get this: I’m fairly certain the Cappie movie is set before that time, and, presumably, somehow Chris Evans will time-travel to now to join his fellow superheroes in the Avengers movie that Joss Whedon is directing for 2012.