May the Force Be with Them 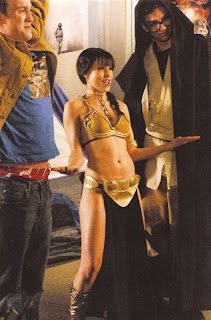 Fanboys, the much-delayed movie about four extreme Star Wars fans and childhood friends driving across America to Skywalker Ranch to sneak a peek at the yet unreleased Phantom Menace as one last hoorah for their dying friend, finally will be released on Feb. 6.

Kristen Bell also co-stars – but you’d hardly know if from the trailer.

Uh, people who produced Fanboys, you want folks to go see your movie after all this time?