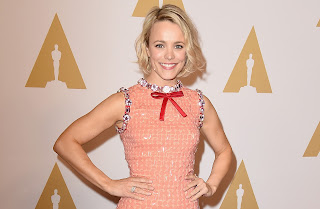 The Spotlight actress is looking to join Academy Award winner Rachel Weisz in Disobedience, the adaptation of the eponymous novel by Naomi Alderman.

In the film, Weisz – last seen in Denial and The Light Between Oceans – will play a woman who visits her Orthodox Jewish family after her estranged father passes away. While at home, she reconnects with a forbidden love affair from her childhood, another woman portrayed by McAdams, who is now married to her cousin.

Photo: Fashion-District.org.
Posted by Martin Haro at 1:07 AM