Cruising to the White House? 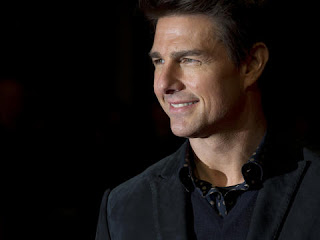 A new book about Scientology titled Going Clear: Scientology, Hollywood, and the Prison of Belief by Pulitzer Prize winner Lawrence Wright features a pretty amazing allegation about, who else, Tom Cruise.

No, this has nothing to do with the actor’s sexuality but with – get this – his supposed political aspirations.

Wright...uh...writes that in lobbying on behalf of the Church of Scientology in and beyond Washington, Cruise may have let a certain White House aspiration be known. Quite clearly.

“If f---ing Arnold can be governor,” the Jack Reacher star is said to have once said to the head of the church, “I could be president.” His assertion, Wright

People would certainly vote for the guy (he would make a handsome president), but are his crimes against couches really forgiven and forgotten?

Photo: CBSNews.com.
Posted by Martin Haro at 2:24 AM