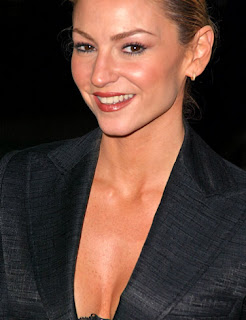 Drea de Matteo is following her lackluster turn on Desperate Housewives last season with a guest-starring one on TV’s Running Wilde, the freshman comedy starring Will Arnett and Keri Russell that’s still struggling to find its creative footing.
And get this: De Matteo has been tapped to play the potentially recurring role of Didi, Arnett’s...uh...excitable stepmother.
The character enters the picture on behalf of Steve Wilde’s never-before-seen and disapproving father to help rein in his expenditures – on the same day Steve decides to fund Emmy’s (Russell) nonprofit organization.
De Matteo is slated to make her Wilde debut next month.
Photo: AskMen.com.
Posted by Martin Haro at 9:00 AM