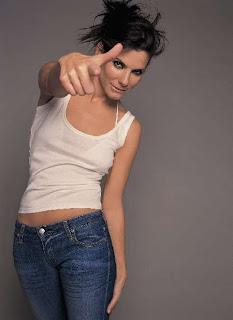 Sandra Bullock may be going to infinity and beyond in her next, much-anticipated movie.


No, the actress is not doing Toy Story 4, but she is thisclose to landing the lead role in Alfonso Cuarón’s sci-fi thriller Gravity now that Natalie Portman has dropped out of the running because of a scheduling conflict.


Bullock would star opposite Robert Downey Jr. as an astronaut on a remote space station who survives a disaster and must fight to return home to her daughter.


The role, which would require her to be the only actor on screen for long periods of time (shades of Cast Away), would mark a return to the sci-fi genre, which she hasn’t revisited in the almost 20 years since Demolition Man.