Miss Julie Will Play with You Now 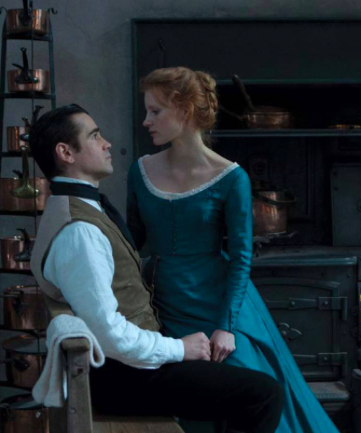 She may have taken a break from, y’ know, getting nominated for Academy Awards this year – but come next winter, Jessica Chastain may be back in the mix thanks to Miss Julie.

Or, perhaps...more likely, because of The Disappearance of Eleanor Rigby (that one I know for sure already has a backer in the form of God Harvey Weinstein and the blueprint of a release plan).

Either way, to speak of the former (a new adaptation of the 1888 eponymous Swedish play by August Strindberg directed by Liv Ulmann), though, it has the most It of Hollywood dynamos starring as the daughter of an Anglo-Irish count with a midsummer fetish, of sorts, for her daddy’s randy valet (Colin Farrell).

Miss Julie and her big bag of issues related to class and power and, of course, forbidden sex, will premiere at the Toronto International Film Festival in September.

Photo: BroadwayWorld.com.
Posted by Martin Haro at 5:05 AM