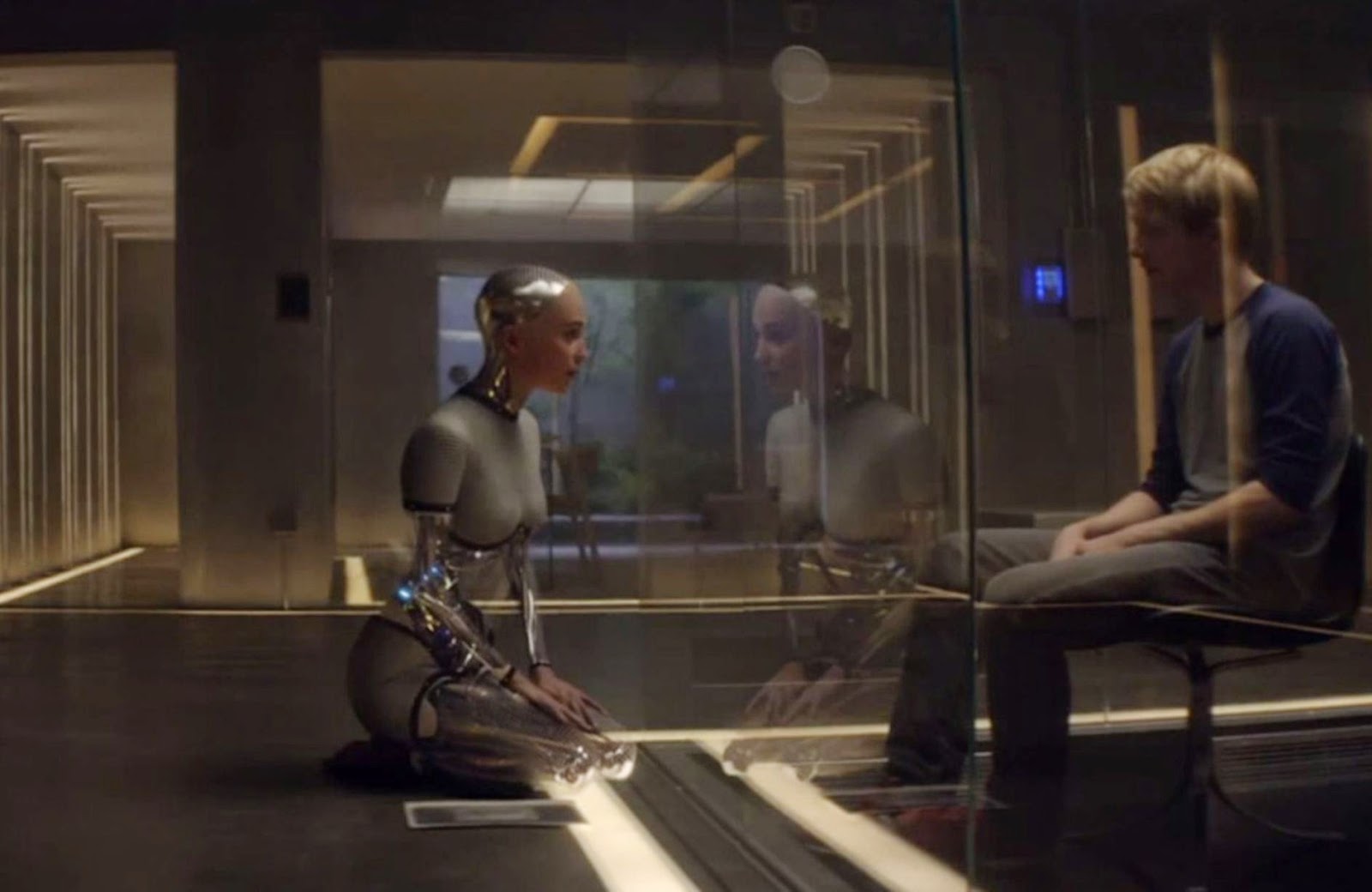 Artificial intelligence is having a moment at the multiplex, so before we meet Ultron at the dawn of the 2015 summer movie season later this week, or before everything we think we know about the Terminator story gets rebooted in July, meet Ava.

Ava is the A.I. at the center of Ex Machina, the feature-film directorial debut of screenwriter Alex Garland (Never Let Me Go, 28 Days Later).

Mesmerizingly portrayed by Swedish up-and-comer Alicia Vikander (the upcoming Man from U.N.C.L.E., Anna Karenina), Ava is the opus magnus of Nathan Bateman (Oscar Isaac, another It Star du jour), the brilliant and reclusive mastermind behind Bluebook (ha!), the world’s leading search engine. No doubt about it, Nathan’s creation is quite advanced and easy on the eyes: Ava is all sinewy and perky lines, and except for the fact that her body’s manufactured entirely of see-through fiber glass (or whatever it is – the point is you can literally, totally see how she is wired) and an armor-like grafting sitch for pieces of synthetic skin akin to that of her hands and face, she is all woman.

The question, of course, is whether Ava is, actually, sentient. And that is the point of Ex Machina.

Enter Caleb Smith (Vikander’s Anna Karenina co-star, Unbroken’s Domhnall Gleeson), a coder at Bluebook who’s won a contest to go spend a week with Nathan in his compound, which is as vast and remote as it is hella stoopid-modern and minimalist. Caleb soon learns that he isn’t at Camp Nathan to get mentored or such, although he does get clued into just what sort of odd bird founds a global phenom. Much to his surprise, he has been summoned to conduct a Turing test on Ava, to assess her ability to pass for, if not be human.

To put is simply, Garland has like, delivered an oversized episode of the British anthology series Black Mirror in Ex Machina. It’s a s--- thing to say, but it’s sorta true, and that isn’t necessarily a bad thing (Black Mirror is a scary take on how technology is ruining us as a people).

There’s a scene in the film in which Caleb and Nathan discuss how Ava could be the Technological Singularity, and how, in the future, the A.I. will look back on man and pity us...have a laugh at our expense. While Ava hasn’t exhibited a hostile manner, the moment plays awfully prescient for the production is, too, an ode to Frankenstein, and our gentle robot shall do anything she can to ensure her survival.

The thrill of this one is watching her do so, even if you know she’s going to. That is what makes her and the story so captivating in the end.