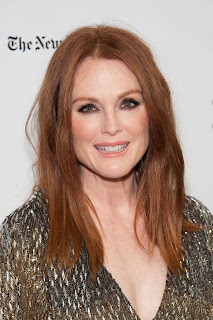 Speaking of Academy Award winners looking to be in interesting projects that actually are so, Julianne Moore is going to star in the long-in-the-works adaptation of Ann Patchett’s Bel Canto.

Joining her will be Oscar nominees Ken Watanabe (The Last Samurai) and Demián Bichir (A Better Life). Grandma’s Paul Weitz is set to direct.

The film will spin the yarns that Patchett devised for her 2001 novel, which was based on the Japanese embassy hostage crisis of mid-’90s Lima, Peru. Moore will play a famous American soprano who travels to a South American military dictatorship to perform at a private concert celebrating the birthday of a rich Japanese industrialist (Watanabe), which is overrun by guerrillas led by a general (Bichir) demanding the release of their imprisoned comrades.

As a month-long standoff ensues, captors and hostages must work together – as much as they can, of course – to find common ground and to avoid a total disaster.

In real life, the standoff at the Japanese embassy last 126 days. The guerrillas who took the embassy allowed for the release of a number of hostages during that time, keeping some high-value individuals through the end of the crisis, which was successfully resolved after an impressive and precise military intervention.
I am so into this! Imma read the book and all I’m so into this.