The Next Big Female Director 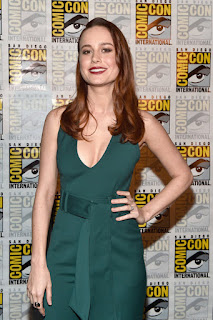 Well, she has already left her mark on the acting side o’ things....

Academy Award winner Brie Larson (Room) is going to step behind the camera to direct her first feature film, an indie titled Unicorn Store that she also will produce.
The actress – who will be Captain Marvel (but you knew that, if you kept up with all the Comic-Con coverage) – will center on a woman named Kit who, after moving back in with her parents, receives a mysterious invite to a store that will challenge her notion of the meaning of growing up. Samantha McIntyre (FX’s Married) wrote the original screenplay.

Larson previously co-wrote and co-helmed the 2011 and 2012 shorts Weighting and The Arm.

Break a leg, woman!
Photo: TomAndLorenzo.com.
Posted by Martin Haro at 10:45 AM