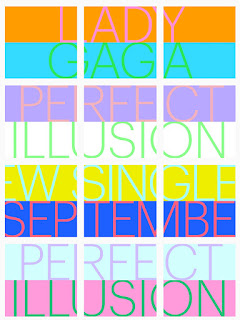 So her acting career’s heating up – but what is taking so long for us to get some new music by one Lady GaGa?

Mother Monster announced 10 days ago that her new Mark Ronson-produced single, “Perfect Illusion,” is set to drop next month – to buzz up the release of her upcoming album, the tentatively titled LG5 – but that was 10 days ago. How have we read or heard nothing else since then? I mean, in this day and age, how hasn’t something leaked?

Not that I’m saying someone should get in on that, but...weird, no?

Are people really not that into hearing new stuff from Lady GaGa as they were, say, other people?

Email ThisBlogThis!Share to TwitterShare to FacebookShare to Pinterest
Labels: Music