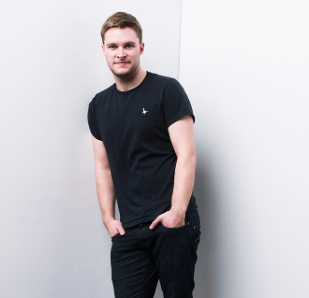 I’ve not written about Jack Reynor nearly as much as I once thought I would, when I first learned that he would be starring in 2014’s Transformers: Age of Extinction.

Yes, I thought, maybe, this guy would be a flash in the pan – but I’ve also done a poor job of reviewing or watching the films in which he has since appeared, like last year’s Macbeth or this past spring’s Sing Street.

All this to say that I will make a concerted effort to catch Kin, the feature adaptation of Bag Man, a short film by Jonathan and Josh Baker.
A sci-fi thriller, Kin also will feature James Franco, Zoë Kravitz, and Dennis Quaid, and spin the yarn of a recently released ex-con (Reynor) and his adopted younger brother, who are forced on the run as they’re chased by a criminal (Franco) looking for revenge, the feds, and a battalion of otherworldly soldiers.

Good thing the brothers are carrying a mysterious and ancient weapon, huh.

That should come in quite handy.

Photo: GettyImages.com.
Posted by Martin Haro at 11:52 AM