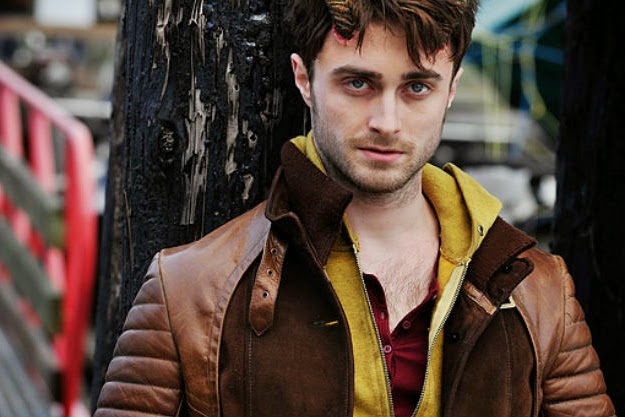 ’Cause he just may have killed his girlfriend.

Allow me to explain.

Daniel Radcliffe – ahh...! – is starring in this movie titled Horns, the adaptation of this 2010 dark-fantasy novel by Joe Hill, you see. The actor will be playing Ig, a young man who, in the aftermath of his gf’s (Juno Temple) mysterious death, awakes one morning to find a pair of horns growing from his head, like some diabolical scarlet letter that also give him some curious new powers.

Horns, directed by Alexandre Aja, is due out on Halloween

Are you ready to see this new side of young master Radcliffe?

Photo: TheNerdwork.net.
Posted by Martin Haro at 8:30 AM